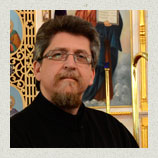 Fr. Gene was born in 1965 in Yorkton, Saskatchewan to John and Merle Maximiuk. He is married to Dobr. Zenovia   (Semotiuk) Maximiuk, daughter to Protopresbyter Stephen and Dobr. Diane Semotiuk.

He was ordained to the Holy Diaconate on October 10, 1993 in Holy Transfiguration church in Yorkton, SK by Metropolitan Wasyly and to the priesthood on June 12, 1994 in St. John’s Cathedral in Edmonton, AB by Archbishop John.

His pastoral work has included the following: 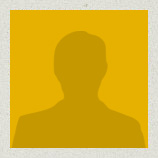 No write-up at this time.

Singing is a very important part of the Liturgical Worship at St. Ivan’s.  We are blessed to have an active church choir and cantors that assist in the worship life of the parish.

The role of the Cantor is to sing the Propers (Tropari) and read the Epistle(s) during Divine Liturgical services in conjunction with the Choir. In the absence of a choir the Cantor(s) may be called upon to lead Congregational singing or sing all responses as required during any church service where there is no choir.

Our Lead Cantor is Reader Michael Horbay who is a graduate of St. Andrew’s College.  He brings a deep love and passion for Liturgical Music and the role of the Cantor in the life of the Orthodox Church.  He is fully bilingual and continues to lead by example and encourages participation by any interested in cantoring.  He is supported in this ministry by Iryna Khupalo and Neil Penner.